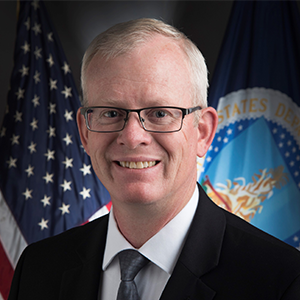 Mr. Chad Rupe has served as Administrator for Rural Utilities Service since June 27, 2019 after serving as Acting Administrator since April 30, 2019. Previously, he served as USDA Rural Development State Director of Wyoming from 2017 to 2019. He was a leader for rural broadband, serving on the Rural Development State Directors Broadband Working Group and assisting state government with efforts to deploy broadband in rural Wyoming. Mr. Rupe has also championed rural water utilities projects and financing for sustainable electric infrastructure investments. Before joining USDA, Rupe spent more than 13 years in the banking industry specializing in commercial lending in Wyoming. He began his service to our country in the United States Army. Mr. Rupe is a graduate of the United States Military Academy at West Point and earned his MBA from the University of Phoenix. He is married with three children.