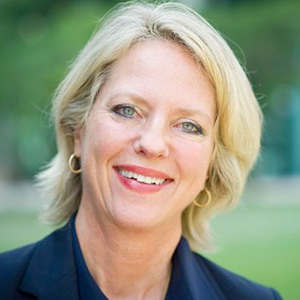 Debra has been an advisor to XPV since 2010 and joined the firm full time in 2015. Her experience as a top ranked Wall Street water analyst and her work as a water sector consultant to investors, companies, and municipal utilities position Debra to help our partners position themselves for success.

Based in the Washington D.C. area, Debra has created a unique franchise and expertise in covering the global water sector for investors. She was named a Financial Times/Starmine “Best Brokerage Analyst” in 2008 and 2009 and a Forbes “Best Brokerage Analyst” in 2010 for water utilities coverage. She was responsible for running the leading water conference on Wall Street for more than a decade and helped launch and co-organize Global Water Intelligence’s American Water Summit in 2010-2013.

She is a frequent speaker at industry events, has appeared on CNBC and is often quoted in financial and industry publications on water sector stocks and industry issues. She is a regular columnist on water financial and policy matters for Global Water Intelligence and member of the Board of Directors for Headworks International Inc., a wastewater treatment technology firm. She has testified on Capitol Hill on water infrastructure financing, and previously served as co-chair of the Water Environment Federation’s Global Water Strategies Council. She also has participated in national dialogues on water policy hosted by leading think tanks such as the Aspen Institute.