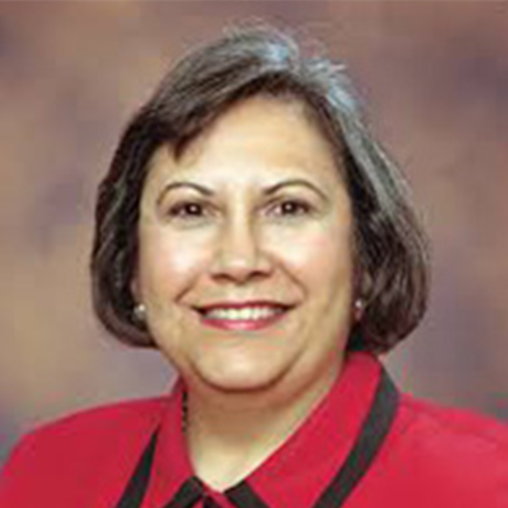 ELENA S. MELCHERT Department of Energy Elena S. Melchert is director for the Upstream Oil and Gas Research Division at the Department of Energy. She was a Program Manager at Department of Energy Headquarters from 1990 – 2013, and led the development of several DOE technology research plans and research programs including: Advanced Drilling, Completion and Stimulation Research Program Plan, and the Offshore Technology Roadmap. Starting in 1985, she was a production engineer at the Department of Energy’s commercial oilfield, producing oil and natural gas for 4 years, after spending 5 years in field operations for Getty Oil/Texaco, all in California. From 1995 through 2000, she served as the Department of Energy’s US Coordinator for Natural Gas in the Western Hemisphere under the President’s Summit of the Americas/Western Hemispheric Energy Initiative. In 2001, she served as a member of the Senior Professional Staff for oil and gas technology at the Executive Office of the President of the United States/National Energy Policy Development Group, and provided subject matter expertise for the President’s National Energy Policy. In 2010, she served as the Committee Manager for the President’s National Commission on the BP Deepwater Horizon Oil Spill and Offshore Drilling where she also served as the Designated Federal Officer for several of the Commission’s Subcommittees, and at times for meetings of the full Commission. In 2011, she supported the Shale Gas Subcommittee, Secretary of Energy Advisory Board. In 2012, she served as a Subject Matter Expert on the Spill Prevention Subcommittee of the Department of the Interior’s Ocean Energy Safety Advisory Committee. In 2014, she led the development of the “fuels” section of the Department’s Quadrennial Technology Review. Ms. Melchert received her B.S. in soil science at California Polytechnic State University, San Luis Obispo and her M.Sc in petroleum engineering from the University of Southern California in Los Angeles. She earned an Executive Certificate in international business at Georgetown University and is a graduate of the Federal Executive Institute.