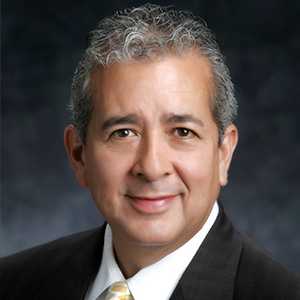 Robert R. Puente, San Antonio Water System’s President and CEO since May 2008, leads one of the nation’s largest utilities delivering water and wastewater services to over 1.6 million consumers.

Since taking the helm at SAWS Puente has led the entity through many historic financial and operational successes and is often called on to share these successes throughout the United States and abroad. Puente has also led the entity to achieve the highest bond rating in its history.

Additionally, the utility has earned several recognitions and awards, including the Texas Environmental Excellence Award, Top Workplace Award three years in a row, a Business Opportunity Diversity Award as well as several other operational awards and recognitions.

Prior to SAWS, Puente served in the Texas House of Representatives from 1991-2008 and was Chairman of the Natural Resources Committee. In the legislature Puente authored and led the charge in passing several historic bills related to water which continue to serve as model legislation throughout the U.S.

Robert is married to Carmen Muñiz Puente and they have three children.