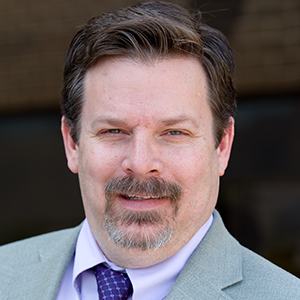 Tim Thomure is the Director of Tucson Water, a 550-person operation providing potable and reclaimed water service to over 715,000 people in southern Arizona. Tucson is recognized as a progressive community with an industry-leading water conservation ethic, state-of-the-art infrastructure assessment and rehabilitation programs, and a resilient water supply portfolio that provides water reliability to a desert region. Tim is currently leading the utility in developing the next generation of water leaders internally, while pushing the boundaries of holistic water management externally to achieve sustainability across the urban water cycle.

His career began in the mining industry as an environmental professional managing water quality, air quality, and mined land reclamation activities. In 1999, he moved to Arizona to join the City of Tucson’s Stormwater Division, where he was involved in all aspects of the City’s MS-4 Permit compliance. He transitioned to the Water Department working as a hydrologist and water program supervisor focused on recharge facility development and water resource management. Two of Tim’s key accomplishments during his first tour with Tucson Water were the development of the utility’s long-range integrated water resources plan (2004) and coordinating the implementation of the Clearwater Program facilities to provide sufficient capacity for the City to fully utilize its Colorado River water allocation. In late 2007, Tim joined HDR Engineering, a global consulting firm with 165 offices world-wide, as a project manager. Tim went on to become HDR’s Area Water Operations Manager and also served as the company’s Water Reuse Practice Lead, before rejoining Tucson Water in 2016.

Tim has served the water industry in a number of roles at many levels, including membership in various industry associations, presenting at numerous local to international events, and serving as a Principal Investigator or Project Advisory Committee (PAC) member on research projects. He serves on the Board of Trustees for the AZ Water Association, which is the state chapter for both the American Water Works Association (AWWA) and the Water Environment Federation (WEF). Previously, he was Chair of the AZ Water Reuse Committee and he Chaired the Technical Committee for the 2011 AZ Water Conference. Tim facilitated the development of AZ Water’s Strategic Plan and associated Business Plan, and was inducted into the Association’s 5S Honor Society in 2014.

Tim is Past President of WateReuse Arizona and served on the National Board of the WateReuse Association. Following his terms with the Association, Tim was appointed as a member of the WateReuse Research Foundation’s Research Advisory Committee (RAC) and then became a member of the Foundation’s Board of Trustees in 2014. In 2016, Tim voted along with his fellow Board Members to form the new Water Environment & Reuse Foundation (WE&RF), merging two long-standing organizations to advance industry collaboration. He currently serves on the Board of the newly formed Foundation. Since 2015, Tim has also served as the Technical Committee Chair for the National Water Reuse and Desalination Symposium.

Tim was a forming member and serves as the Chair of the Steering Committee for Arizona Potable Reuse (SCAPR). The SCAPR was initiated to identify and mitigate barriers to potable reuse in the State. Tim is coordinating the overall SCAPR process, working with industry colleagues to develop and facilitate a series of workshops to address the key issues surrounding potable reuse in Arizona. Since becoming Director of Tucson Water, Tim was also invited to join the External Advisory Committee for the Water Resources Research Center at the University of Arizona.

Tim’s wife, Christina, is a native Tucsonan who is now retired from her career at the City of Tucson. They have three children and three grandchildren.